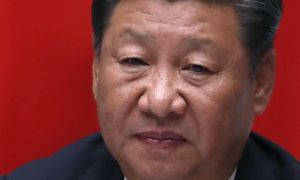 Taiwanese President Tsai Ing-wen (蔡英文) after her landslide victory in the 2020 election, China cried foul, claiming that their actions violated the "one-China" principle.

The country held its 15th presidential election and 10th legislative elections on Saturday (Jan. 11). According to the final result from the Central Election Commission (CEC), Tsai and her running mate William Lai (賴清德) won the presidential race with a record-breaking 8,170,186 votes, or 57.13 percent, while their Kuomintang (KMT) opponents Han Kuo-yu (韓國瑜) and Simon Chang (張善政) received almost 3 million fewer votes.

The Ministry of Foreign Affairs (MOFA) told the media Sunday (Jan. 12) that officials from more than 60 countries had greeted Tsai by phone call and email, including U.S. Secretary of State Mike Pompeo and Japanese Foreign Minister Motegi Toshimitsu. In a released statement, Pompeo congratulated Tsai on her well-deserved win and praised Taiwanese voters for demonstrating the spirit of democracy.

When asked to respond on that day to the greetings sent by senior officials from countries such as the U.S., the UK, and Japan, Communist China's Foreign Ministry Spokesman Geng Shuang (耿爽) used the diminutive term "Taiwan region" to refer to Taiwan and said the matter was a "sub-national affair in China."    [FULL  STORY]