REDUCING POLLUTION: People buying fuel-powered scooters that meet Phase 7 emissions standards could receive up to NT$5,000 if they retire their old scooter 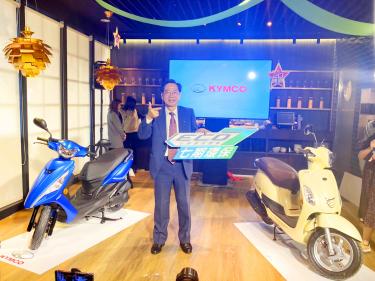 plans to defend its market position next year by rolling out 15 new gasoline-powered scooter models that meet the government’s Phase 7 emissions standards.

The older-generation scooters would be phased out, the company said.

The Kaohsiung-based company said that local scooter makers are gearing up to launch new low-emission models after the Environmental Protection Administration (EPA) in October introduced the new scooter emissions law to reduce air pollution, which is to go into effect next year, one year earlier than originally scheduled.

The EPA plans to subsidize purchases of fuel-powered scooters that meet the new emissions standards for two years, beginning next year.    [FULL  STORY]