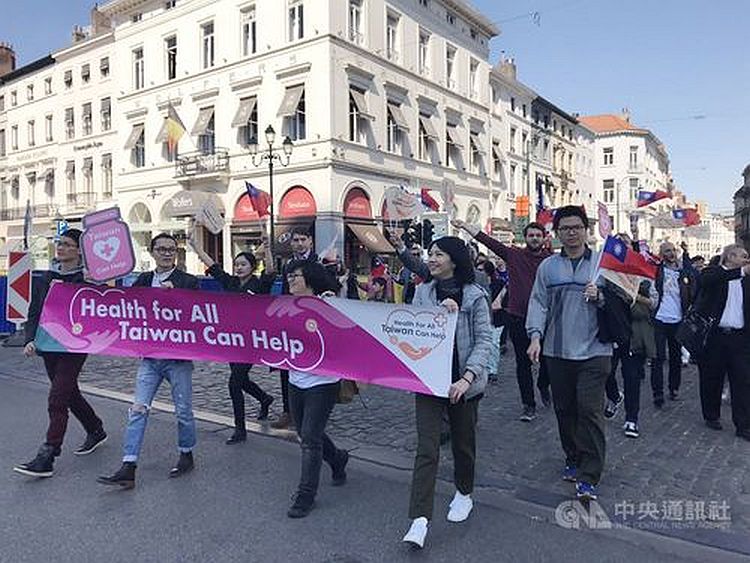 Brussels, Rome and Jakarta, May 16 (CNA) Taiwanese in Brussels, Rome and several other European cities, as well as Sydney in Australia took to the streets Thursday to protest Taiwan’s exclusion from the upcoming annual World Health Assembly (WHA) in Geneva.

Dubbed “Walk with Taiwan” and organized by Taiwan’s representative offices overseas, the events brought together overseas Taiwanese to show support for the country’s participation in the global health organization.

In Brussels, the march drew the participation of about 300 Taiwanese, who waved their national flag and carried banners that read “Support Taiwan, Support Democracy” and “Health for All, Taiwan Can Help.”