UNBEARABLE: More than 90 percent of working fathers said that they were under pressure from work and family, and 30 percent said that it was too much

Balancing career and family life is a serious concern for working fathers, a survey released on Monday by the online job bank yes123 showed.

The survey of 1,176 fathers found that 40 percent felt alienated from their children, due in large part to the demands of their jobs.

The respondents worked an average of 10 hours a day, leaving them only 69.3 minutes to spend with their children on weekdays, the poll found.

Two Chinese jets crossed into Taiwan’s airspace last month as a warning aimed at the US, ratcheting up tension over a US-China dispute that boils down to their different interpretations of the ‘right of transit passage’ clause in the Law of the Sea 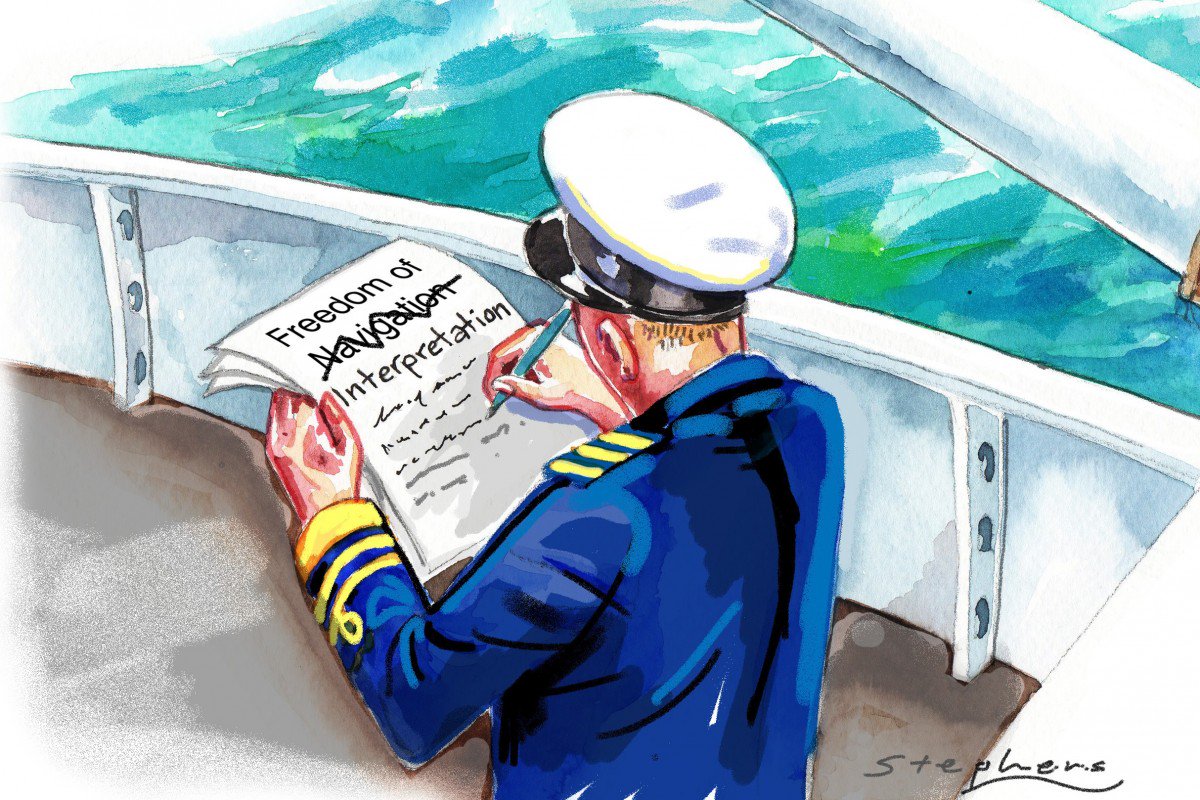 On March 31, two PLA Air Force fighter jets deliberately crossed the median line
of the Taiwan Strait and, despite repeated warnings from Taipei’s military, flew 43 nautical miles into Taiwan’s airspace. This was the first such crossing in nearly two decades.
This latest incident may have been a warning to the Democratic Progressive Party and Tsai Ing-wen government because of increasing US political support in the face of Beijing’s more assertive posture. But it was also probably a manifestation of a creeping clash of positions
between Beijing and the US over the regime for passage of warships and warplanes through the strait. This controversy has potentially dangerous practical implications.
The median line has existed since 1955 when it was declared by General Benjamin Davis, then the commander of the US 13th Air Force based in Taipei, as part of the “rules of engagement”. There was no formal agreement and Beijing has not officially recognised it because, in its view, Taiwan is an inalienable part of its territory. Nevertheless, the median line has in practice served to separate the two sides and their military activities.
[FULL  STORY]

Tensions are rising in the Taiwan Strait. Cross-strait relations have been strained since Tsai Ing-wen, leader of the independence-leaning Democratic Progressive Party (DPP), became president of Taiwan’s government in 2016. But they have been exacerbated in recent weeks after a series of military-related incidents and the overall deterioration in relations between the United States, Taiwan’s main supporter, and China.

Tsai’s refusal to accept the “One China” policy, the framework for relations between Taiwan and China that states that both are part of the same country, infuriates the Beijing government and it has sought to force her to adopt that policy as a result. During the tenure of her predecessor as president, Beijing declared a diplomatic truce and stopped poaching countries that recognized Taiwan. That suspension has ended and now just 17 afford Taipei official diplomatic recognition.

Beijing is also providing economic support to constituencies in Taiwan that challenge Tsai and the DPP or to win over those that backed them in the past. That has earned sharp criticism for interfering in the island’s politics — which it is — but it has also been successful.

What that means in practice, has been on show recently in the shape of the investigation into the National Women’s League.

Despite a name which on the surface seems to indicate a perfectly natural preoccupation with women’s rights, the organization carries a lot of baggage with it.

The league was founded by President Chiang Kai-shek’s wife Soong Mei-ling in 1950, at the height of the Cold War and the White Terror, and has therefore always been seen as closely tied to the Kuomintang.

Its main official mission was to care for low-income military families, but one of the ways it claimed to do that was by using a Military Benefit Tax on the value of imported goods from 1955 to 1989. Questions have long surrounded the funding of its charity work, with demands for detailed accounts of how that income was spent.

The Ministry of Interior and the Ill-Gotten Party Assets Settlement Committee, the body set up by the government to address the financial dark side of the KMT era, reached an agreement with the National Women’s League late last year. The deal led to believe that a solution was possible by reducing confrontation to a minimum.    [FULL  STORY]

Taiwan’s culture potentially provides it with a unique diplomatic power, if it can harness it.

The idea of “soft power” was first introduced in the 1990s by Joseph Samuel Nye, Jr., a

professor of international relations at Harvard University. Unlike “hard power,” such as military or economic capabilities, Nye said soft power represents resources of attraction, including culture, political values and policies.

Culture shouldn’t be considered as a single independent entity; just as Britain’s creative industries built upon its industrial development and the Bauhaus movement was a reflection of Germany’s industrial engineering. Culture is, in its essence, the practice and implementation of values.

Taiwan’s value lies in its cultural diversity and the freedom to discuss and spread different ideas in society.    [FULL  STORY]

RSF lands in Taiwan, but Next Magazine could change hands

Almost within one week, the media situation in Taiwan received positive news and

worrying news, showing how fragile elementary freedoms can be.

French-based non-governmental organization Reporters Without Borders, or in French, Reporters Sans Frontières (RSF), opened its first Asian bureau in Taipei. The group, which promotes and defends freedom of information, said it chose the spot more than just because of Taiwan’s central location in East Asia, at similar distances from Japan, South Korea, China and Southeast Asia, but also because the island came out at the top of the group’s own annual Press Freedom Index list.

The new office will look at media issues in Taiwan itself, but also in China, Hong Kong, Japan, Mongolia and the two Koreas.    [FULL  STORY]

That was the headline in prominent French newsmagazine L’Express this week, as

the publication launched a series of profiles of powerful Asian women.

In a passage unlikely to be widely understood outside of Europe, the writer compared Taiwan to Asterix’s village as viewed from Rome.

Most Europeans have grown up reading the French cartoons relating the adventures of Asterix, a young man who lived in the only village able to resist the onslaught of Julius Caesar and his Roman legions thanks to a magic potion.

Unfortunately for Taiwan, there is no magic potion available outside a wise combination of its own actions and outside help.    [FULL  STORY]

Zhou Hongxu, the Chinese citizen indicted for spying in Taiwan (photo from his Facebook page).

with apparently positive news. Not only did he meet with his counterpart from China’s largest city, but he also succeeded in meeting an official from the central government, Taiwan Affairs Office (國台辦) chief Zhang Zhijun (張志軍).

The encounter between a communist government member and a Taiwanese mayor seen as part of the “green” pro-independence camp at first might give the impression that détente is afoot between the two sides.

After President Tsai Ing-wen (蔡英文) and her Democratic Progressive Party administration took office in May last year, China deliberately set out to end contacts with her government, even though she stuck to her promise to maintain the status quo in cross-straits relations.

In Shanghai, Ko described Taiwan and China as a family looking for a community of common destiny, with quarrels similar to those between a married couple.    [FULL  STORY]

The government announced that from June 28, laws against money laundering will expand to include

measures covering relatives of politicians or even acquaintances and extramarital lovers.

The new rule implied that inspection and supervision would be intensified for people related to politicians under investigation for corruption and money laundering. The measures would no longer be limited to the spouse and children of the politician, who might have supplied domestic and overseas bank accounts to hide his financial shenanigans.

At a Cabinet meeting Thursday, Premier Lin Chuan (林全) said the changes were needed to provide for a better enforcement of measures against money laundering and to “rebuild the order of financial flows.” Reform would not only improve the fight against corruption on the domestic front, but would also help Taiwan to pull itself up to international standards.    [FULL  STORY]

Taiwan will draw up a list of weapons and defense systems it would like to acquire and submit it to the United States in July, with the F-35 jet from Lockheed Martin Corp. featuring at the top of the list, news service Bloomberg reported Thursday.

The news service’s main concern did not so much focus on Taiwan’s defense needs, as on the likelihood that it would offend China, so soon after President Donald Trump seemed to have toned down his earlier attacks on Beijing.

As early as last year’s election campaign, the brash billionaire launched harsh comments about China for its trade practices, while promising he would officially label the country as a currency manipulator.    [FULL  STORY]