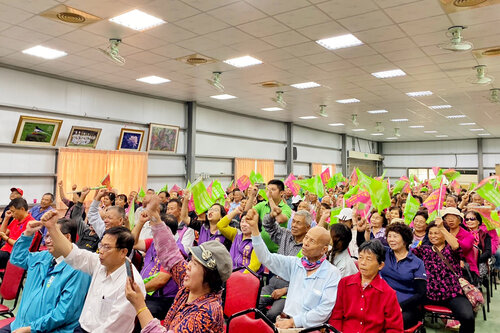 Taipei, Nov. 10 (CNA) After a poor showing in 2016, the Kuomintang (KMT) is looking to take back its traditional stronghold in Taoyuan City, while the Democratic Progressive Party (DPP) is hoping its popular mayor will help the party retain a plurality of the city's six seats in the national legislature.

The current breakdown has the DPP holding three seats, while an ideologically-sympathetic independent holds one, and the KMT holds two.

Despite its recent setbacks, a KMT representative told CNA that the party's large voter base in the area put it in a strong position to win a majority of the city's seats, as happened in 2012, when the KMT swept to victory in all six races.