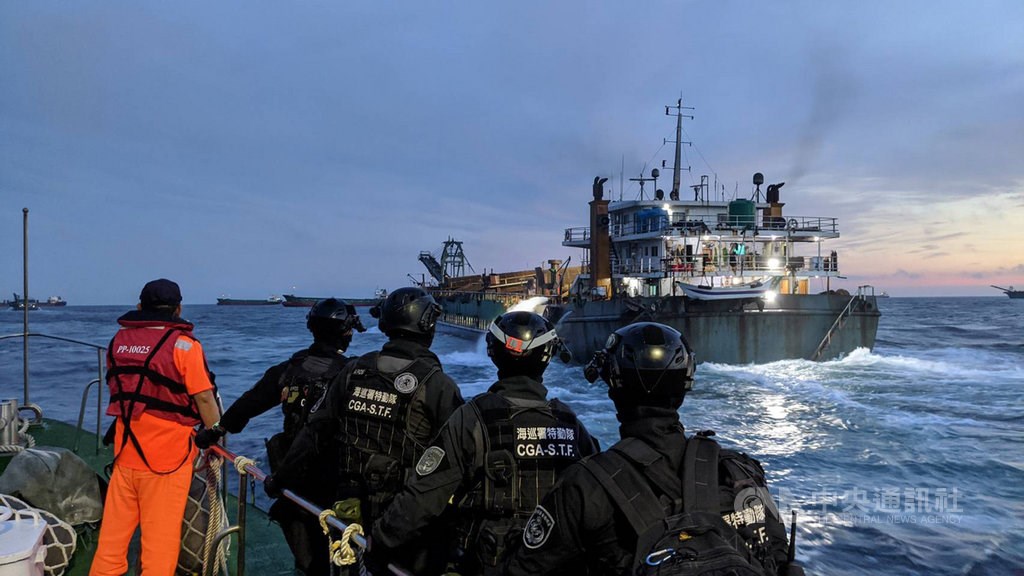 Taipei, July 31 (CNA) The Coast Guard Administration (CGA) on Friday said it has arrested eight Chinese crew members aboard a mainland-registered vessel that was caught illegally dredging sea sand in waters around the Penghu archipelago.

The Hai Sheng 877 (海盛877) was intercepted at around 5 a.m. Thursday after it was spotted illegally operating 56 nautical miles southwest of Qimei Township, the southernmost island in Penghu, which is situated in the Taiwan Strait.

The coast guard has recently ramped up efforts to clamp down on Chinese vessels entering Penghu's waters to mine the area for sea sand.    [FULL  STORY]