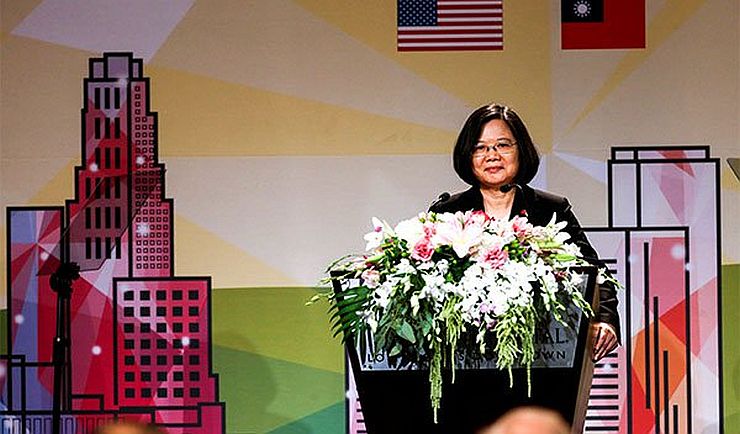 In a June 17 story about a supposed split over Taiwan arms sales within the Trump administration, the Wall Street Journal reported, “It took some convincing, but Mr. Trump came around … and he now sees the value in using Taiwan as a bargaining chip in his talks with China.” It was a devastating sentence for Taiwan’s leaders and for supporters of the US-Taiwan relationship to read. Taipei has been worried about being conceived of as a “bargaining chip” since the early days of Donald Trump’s presidency, when he backed off his earlier questioning of the “one China policy” and instead committed to it in order, ostensibly, to secure a phone call with Chinese leader Xi Jinping. Early excitement following President Tsai Ing-wen’s own congratulatory phone call with President-elect Trump quickly shifted to a feeling of nervousness and potential foreboding.

Nerves calmed as worst fears did not come to fruition, with a number of Taiwan-friendly officials taking positions at the National Security Council, State Department, and Defense Department, with the president signing bills designed to improve US-Taiwan relations, and with the administration seeming to move to a regular arms sales process. Over the past two years, senior administration officials including Vice President Mike Pence, Secretary of State Mike Pompeo, National Security Advisor John Bolton, former Permanent Representative to the United Nations Nikki Haley, Ambassador at Large for International Religious Freedom Sam Brownback, and Assistant Secretary of Defense for Indo-Pacific Security Affairs Randall Schriver have spoken publicly about Taiwan in positive terms. Indeed, it has become common to describe US-Taiwan relations as the best they have been in many years, perhaps since the severing of formal relations in 1979. Yet concerns have lingered about the president’s own views of the island, which remain unclear.

The Wall Street Journal story dropped with US-China trade negotiations in a prolonged stalemate. The G20 summit was approaching and Xi Jinping had not yet agreed to a sidelines sit-down with President Trump in Osaka. According to the Journal, there were growing concerns within the administration that Xi might use the potential sale of new tanks and other arms “as one more excuse not to meet.” The real concern, of course, was not that President Trump would trade an arms sale for a meeting, but that he would do so as part of a trade deal. Although the G20 seemed unlikely to significantly affect Taiwan’s status in Washington, the possibility could not be ruled out.
[FULL  STORY]