RELIEF:NTU  reported a possible attack on its computer system last week, but it was, ironically, the work of a student testing possible loopholes in the system

National Taiwan University (NTU) has clarified that a report that its online education platform, CEIBA, 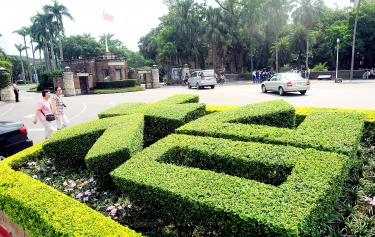 had been hacked was a false a6larm, as it was simply an error that occurred when a Department of Information Engineering student was conducting research.

The university on Wednesday reported that its system was hacked and that all students’ scores had been changed to 87.

The suspicion was that the numerals were specifically chosen to mock the university, as the number “87” means “idiot” in Hoklo (commonly known as Taiwanese) Internet lingo.

The university’s Department of Education Affairs Information Division director Kevin Chang (張良鵬) said on Friday that the department received notice on Wednesday that an engineering student had accidentally changed the scores.    [FULL  STORY]