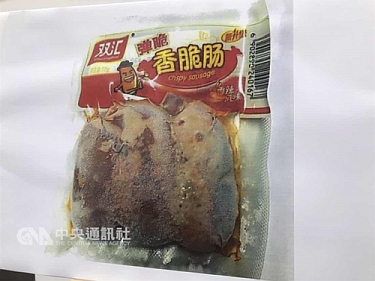 the Council of Agriculture (COA) announced Wednesday that a Chinese meat product brought by passengers into Taiwan has been detected to contain the deadly virus.

The tainted product, Chinese crispy sausage, was sent to the institute for examination after being collected by institute officers Oct. 25 from a garbage container at Shuitou Port in offshore Kinmen County, apparently having been discarded by passengers coming from China’s Fujian Province via the ferry services between the two destinations, Huang explained.

According to Huang, the sausage was made by Shuanghai — the largest processed food maker in China. Shuanghui’s meat products have been repeatedly found to contain the ASF virus since the outbreak of the disease in China first surfaced Aug. 3, he noted.
[FULL  STORY]