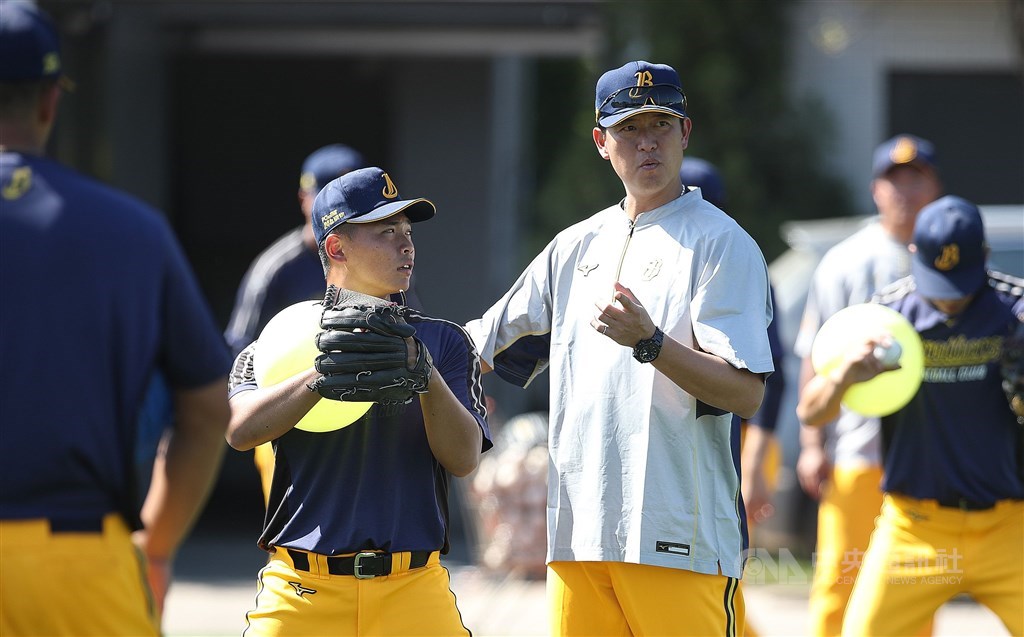 Wang Chien-ming coaches a pitcher during a practice in January. / CNA file photo

The event will be held at Tainan Baseball Stadium during a game between the host team Uni Lions and visiting CTBC Brothers of the Chinese Professional Baseball League (CPBL).

Titled "America Day Homerun," the event is being held as an annual reception to celebrate the 244th U.S. Independence Day, according to AIT, which represents U.S. interest in Taiwan in the absence of official diplomatic ties.    [FULL  STORY]