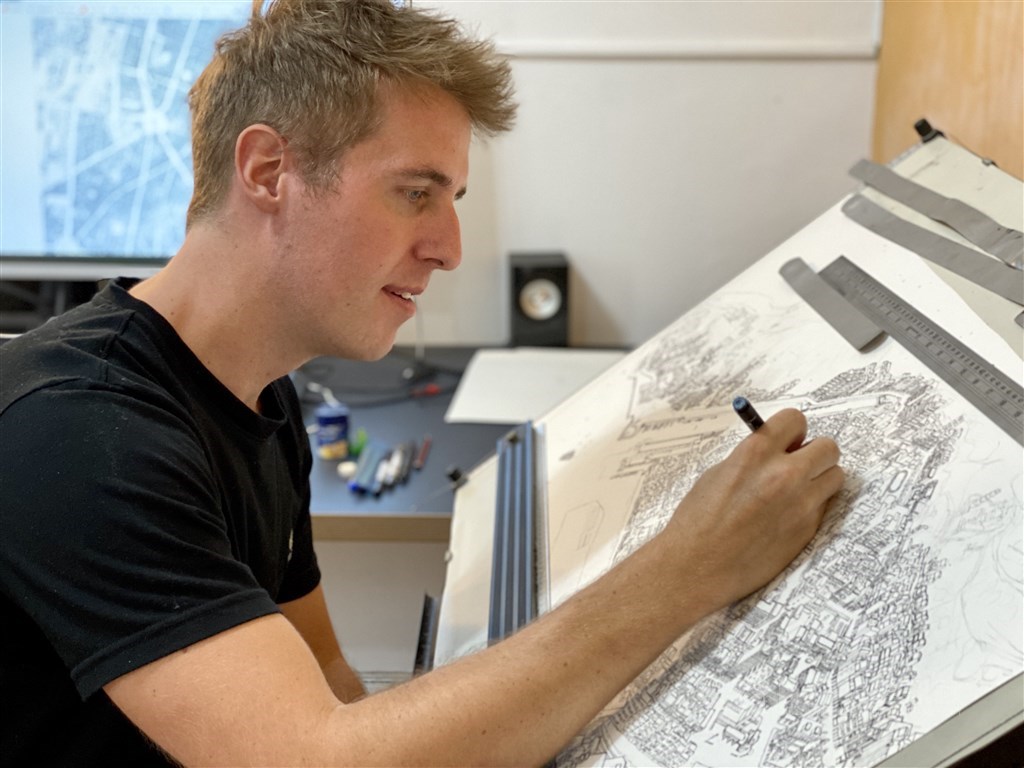 British artist Tom Rook working on his map of Hamasen, a historic area of Kaohsiung

British artist Tom Rook working on his map of Hamasen, a historic area of Kaohsiung[/caption] Taipei, July 7 (CNA) A British artist who makes hand-drawn maps of urban areas in Taiwan said Tuesday that he endeavors to record details that will create special memories for the people of those cities.

Tom Rook, 32, from Exmouth, had drawn some 17 detailed maps of modern and historical Taiwan cities, highlighting their layout and buildings.

"I don't want to sort of just gloss over peoples' existence," said Rook, who has been living in Taiwan for almost 10 years. "I would like people to see where they came from and where they live. I figure it will mean something to more people if they can exactly see their houses, place of work, or where they got married."

His collection of maps includes drawings of Tainan and Taipei in the 1940s, and also modern Taipei, Taichung, Hsinchu, and Chiayi cities. In each one, the roads, buildings and other structures are drawn in fine detail, giving a sense of the urban aesthetics.    [FULL  STORY]