‘VOICE OF THE CULTURE’: Provincial Highway No. 3, which is part of a government initiative to revive Hakka culture, is like a ‘buffet for the soul,’ Matthew Lien said

Canadian musician Matthew Lien is to perform songs from his new album, The Romantic Route 3 — 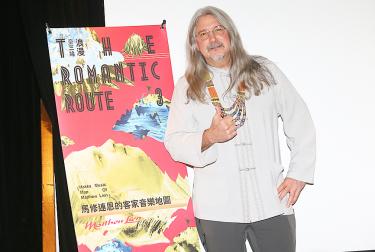 Hakka Music Map of Matthew Lien (浪漫臺三線 — 馬修連恩的客家音樂地圖), at a concert in Miaoli County on Saturday.

Romantic Route 3 refers to a government initiative aimed at promoting and reviving Hakka culture along Provincial Highway No. 3.

The artist residencies that are part of the initiative seek to bring out traditional Hakka culture from a new perspective, Hakka Affairs Council Minister Lee Yung-de (李永得) told a news conference in Taipei.

The album, which is to be released on Thursday next week, was created during Lien’s residency there, Lee said.    [FULL  STORY]