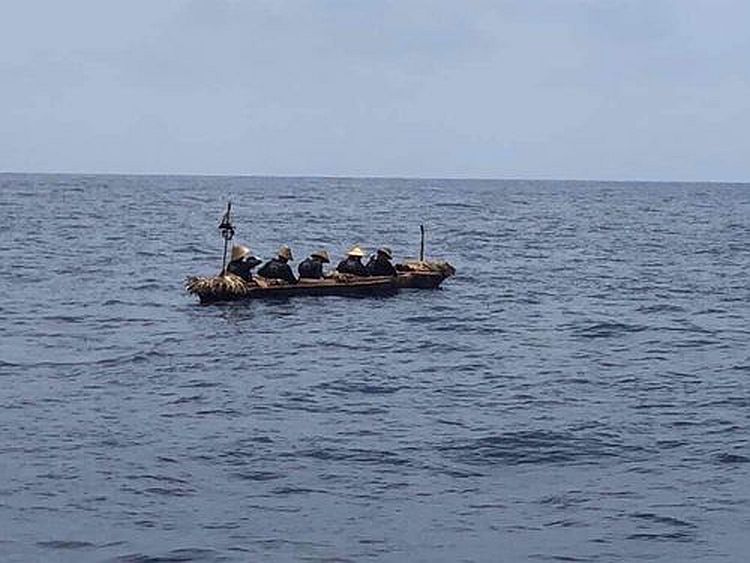 Taipei, July 9 (CNA) A crew of five people arrived in Yonaguni Island in Japan on Tuesday aboard a dugout canoe after paddling some 200 kilometers from the east coast of Taiwan, retracing a route believed to have been taken by explorers some 30,000 years ago.

The five canoers, one Taiwanese and four Japanese, paddled the boat for about 40 hours, navigating only by the stars, sun and winds, from Taitung on Taiwan's east coast to Yonaguni in Okinawa, according to Taiwan's National Museum of Prehistory (NMP).

The expedition, organized jointly by the NMP and Japan's National Museum of Nature and Science, began Sunday with the departure of the 7.6-meter dugout canoe from Taitung's Changbin Township with one woman and four men onboard.

The canoe, made of Japanese cedar wood, proved strong enough to withstand the 200-kilometer journey on the open seas, riding big waves and recovering from at least one instance of veering off course, to arrive safely in Yonaguni on Tuesday morning, according to the NMP.
[FULL  STORY]