The Chan sisters have qualified for the season-ending WTA Finals in Shenzhen, China, later this month, 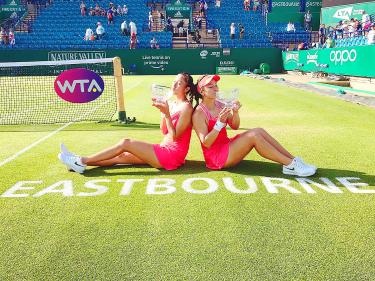 Chan Hao-ching and Latisha Chan began the season as losing finalists at the Brisbane International before claiming their first title at the Hobart International.

The Taiwanese sisters went on to capture three more titles — the Qatar Open, the Nature Valley International in Eastbourne, England, and the Pan Pacific Open in Osaka, Japan.

It is the third time the Chans have qualified for the WTA Finals and in 2015 they became the third pair of sisters to qualify for the event after Manuela and Katerina Maleeva in 1986, and Serena and Venus Williams in 2009.    [FULL  STORY]