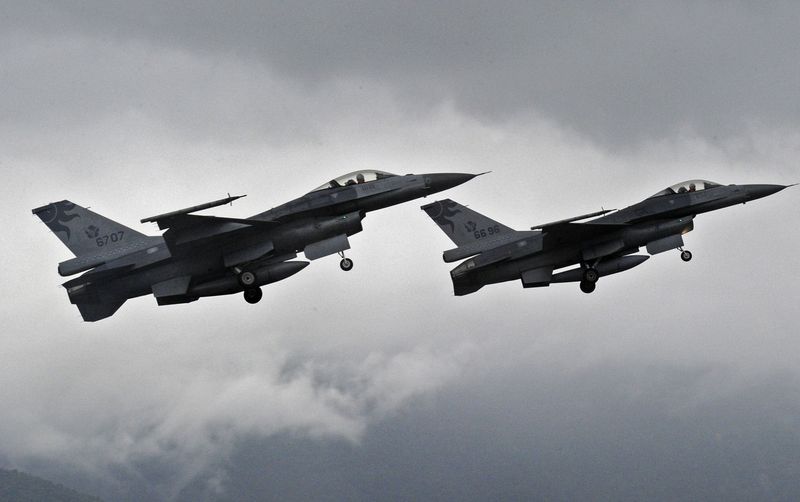 F-16 jets take off at the eastern Hualien air force base in Taiwan. Photographer: Sam Yeh/AFP via Getty Images

The Trump administration has given tacit approval to Taiwan’s request to buy more than 60 F-16 fighter jets, according to people familiar with the matter, prompting a fresh protest from China amid its trade dispute with the U.S.

President Donald Trump’s advisers encouraged Taiwan to submit a formal request for the jets, built by Lockheed Martin Corp., which it did this month, according to the people, who asked not be identified discussing internal discussions. Any such request would need to be converted into a formal proposal by the Defense and State Departments, and then Congress would have 30 days to decide whether to block the sale.

“China’s position to firmly oppose arms sales to Taiwan is consistent and clear,” Chinese Foreign Ministry spokesman Geng Shuang told a regular news briefing Friday in Beijing. “We have made stern representations to the U.S. We have urged the U.S. to fully recognize the sensitivity of this issue and the harm it will cause.”