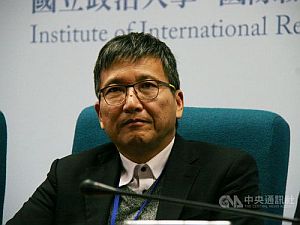 Chinese President Xi Jinping (習近平) will continue to hold power for the foreseeable future and his advocacies will be China’s core strategy toward Taiwan, Chang said in a forum titled “China under Xi Jinping, Changes and Challenges,” which took place in Taipei.

Xi said at an annual legislative session in Fujian Province March 10 that China should promote “integrated development” across the Taiwan Strait and push for the so-called “Four New Links.”

Chang, a professor of China Studies at Tamkang University and a consultant for Taiwan’s Mainland Affairs Council (MAC), said the CPC will try to realize Xi’s goal of promoting integration and unification through city-to-city exchanges at a time when cross-strait negotiations are at a stalemate and there is a lack of mutual trust between the two sides.
[FULL  STORY]