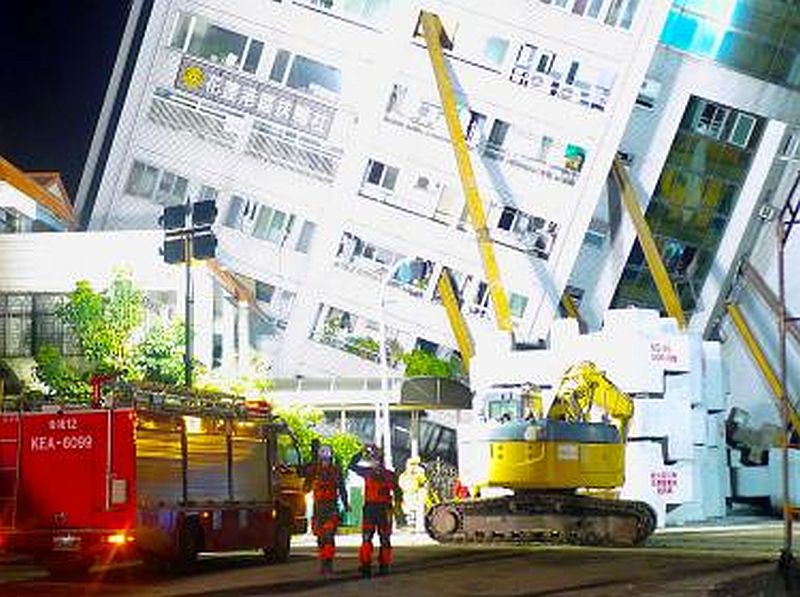 The Hualien District Court on Tuesday sentenced three people involved in the construction of a residential building in Hualien City to five years in prison each for 14 deaths caused by the partial collapse of the building during an earthquake last year.

The ruling can be appealed.