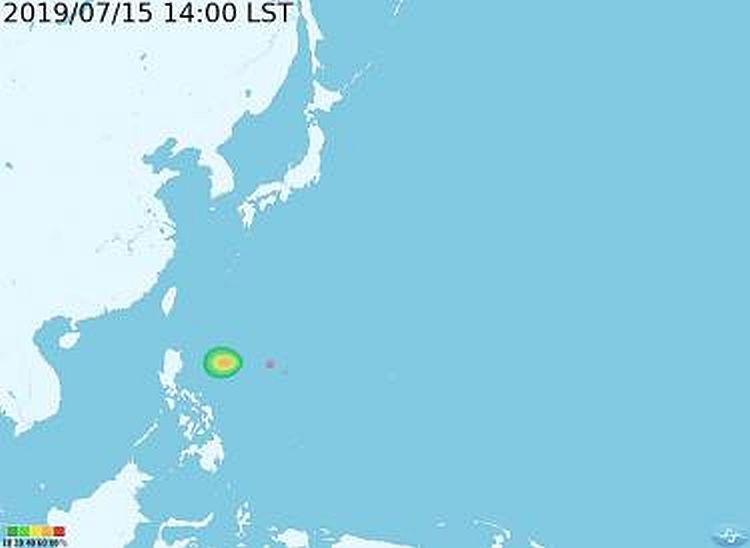 A tropical depression east of the Philippines is likely to strengthen into a tropical storm, the Central Weather Bureau (CWB) said yesterday, adding that the chances of showers would be high tomorrow in eastern and southern regions as the depression passes through the Bashi Channel before entering the South China Sea.

The storm is expected to take shape this morning, the bureau said, adding that it would be named Danas if it strengthens inot a tropical storm.

The tropical depression was moving west at 25kph.

There are two variables that could affect the movement of the system, the bureau said.

If a Pacific high-pressure system continues to weaken, the tropical depression would come closer to Taiwan, it said.    [FULL  STORY]