THE RIGHT TRACK: Autonomous vehicles are driving the development of smart transportation systems in the nation, aided by local governments, an official said 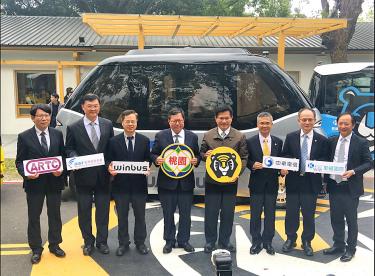 trials since it began to enforce the Act for Uncrewed Vehicle Technology Innovations and Experiments (無人載具科技創新實驗條例) in October last year, Minister of Transportation and Communications Lin Chia-lung (林佳龍) said yesterday.

Autonomous vehicles are the driver in the nation’s development of smart transportation systems, Lin said in an interview on the sidelines of the event, adding that local governments have been eagerly facilitating driverless vehicle development.    [FULL  STORY]