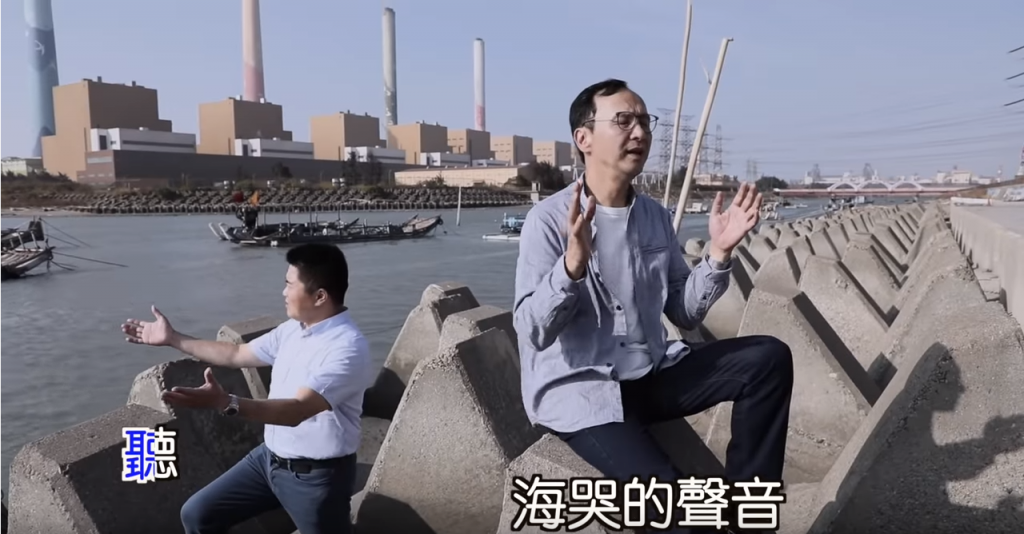 “The sound of the sea crying.” (Youtube screen capture)

The former chairman of the Kuomintang (KMT) party paired up with Taichung legislator Yen Kuan-heng (顏寬恒) to create the magnum opus. The video, shot on the coast near the Taichung Power Plant, features both men sitting on concrete tetrapods while covering the well-known “Listen to the Sea” (聽海) by singer A-Mei (張惠妹).

According to Liberty Times, after hearing the politicians’ “extremely brave” vocals, several netizens could not contain their praise, describing how they, like the sea, shed tears at the end and saying “Now I understand why the sea is crying.”

Chu took a break from campaigning to shoot the music video with Yen when he visited Taichung on Monday. Sitting on the picturesque tetrapods, they took on the role of lovelorn young men and sang “Listen to the Sea” while wistfully stroking a building’s walls. Chu’s office released the video that very day.    [FULL  STORY]