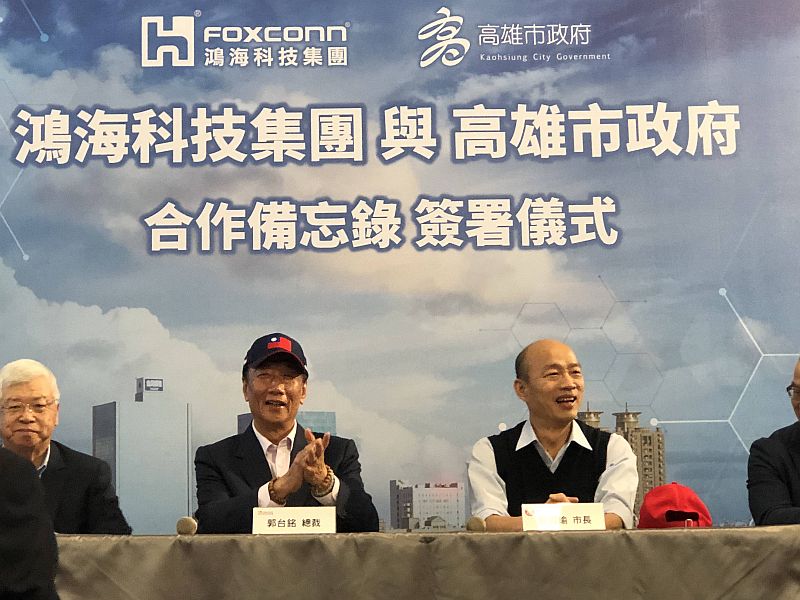 KAOHSIUNG, Taiwan— Foxconn is considering shifting some server production out of China and hiring up to 3,000 high-end software engineers for a big-data processing hub in this southern Taiwanese city, citing cybersecurity concerns amid the ongoing trade war between Washington and Beijing, Chairman Terry Gou said.

“We don’t know how the U.S.-China trade war is going to develop,” Gou told a press conference in Kaohsiung on Sunday afternoon. “Some sensitive data has to be stored in a third-party location and Taiwan is a neutral location between China and the U.S.”

“We’ve been asked by many clients to store data in Taiwan … because the government here cannot ask us to share the data,” the chairman said.

Gou’s remarks came as the U.S. and China negotiate a final deal to resolve prolonged trade conflicts and technology disputes. Washington has consistently accused Beijing and its companies, such as Huawei Technologies, of posing a security threat, stealing trade secrets and carrying out forced technology transfers on U.S. companies. Beijing and Huawei have denied any wrongdoing. Huawei recently hit back with a lawsuit against the U.S. government.    [FULL  STORY]