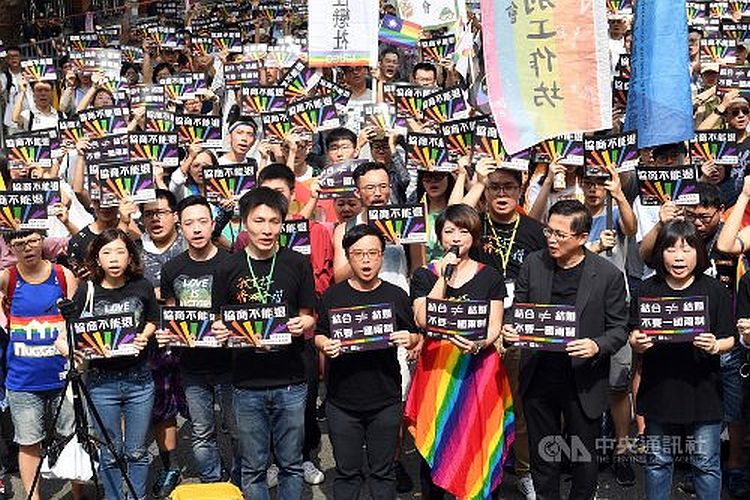 Taipei, May 14 (CNA) More than 1,000 pro-gay marriage supporters gathered outside the Legislative Yuan on Tuesday as lawmakers began efforts to reconcile three competing bills on same-sex marriage that will determine how same-sex relationships are defined in the future.

Of the three bills, only one, proposed by the Executive Yuan, defines a formal union between same-sex couples as “marriage,” and it was the only bill the gay rights groups said they could accept.

“The Executive Yuan’s version is already what we see as the ‘compromise bill’ and there must be no more compromises,” Marriage Equality Coalition Taiwan chief coordinator Jennifer Lu (呂欣潔) said outside the Legislature on Tuesday morning, just minutes before lawmakers began negotiations over the bills.

Lu said “union” does not equal, nor can it be an alternative option for, “marriage,” and argued that Taiwan should not adopt a “one country, two systems” model for marriage.
[FULL  STORY]