‘DIFFERENT CULTURES’: The main hall of Taipei Railway Station is a public area, but its openness became an issue due to the pandemic, Station Master Huang Jung-hua said 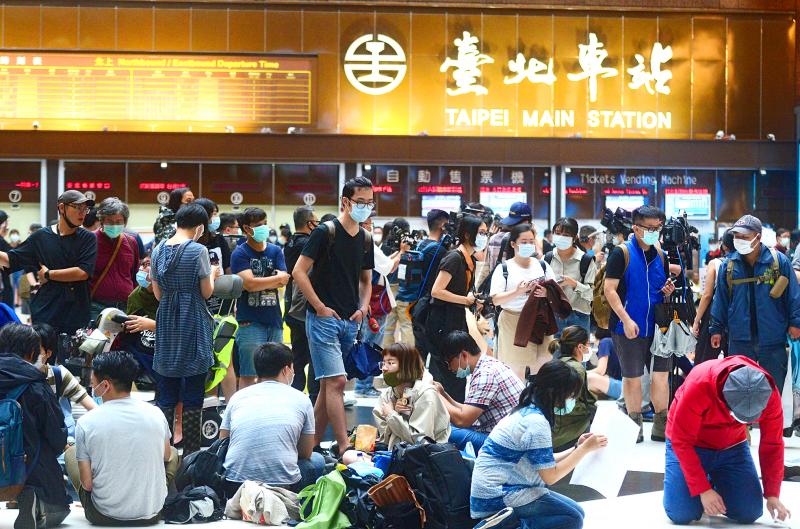 People stand and sit in the main hall of Taipei Railway Station yesterday to protest a reported plan to permanently ban sitting on the floor.
Photo: Wang Yi-sung, Taipei Times

More than 400 people yesterday protested at Taipei Railway Station after the Taiwan Railways Administration (TRA) said it would permanently ban sitting on the floor of the station’s main hall.

The protesters were joined by students from Hong Kong who are studying in Taiwan and took the opportunity to support the Hong Kong democracy movement. The students waved Hong Kong independence flags and banners that read: “Liberate Hong Kong, revolution of our times” — the slogan used in Hong Kong social movements since 2016.

In response to the protesters, the station yesterday sent 25 staff members to walk around the main hall with placards reminding people to wear masks and practice social distancing, as required by the government to fight the COVID-19 pandemic.    [FULL  STORY]