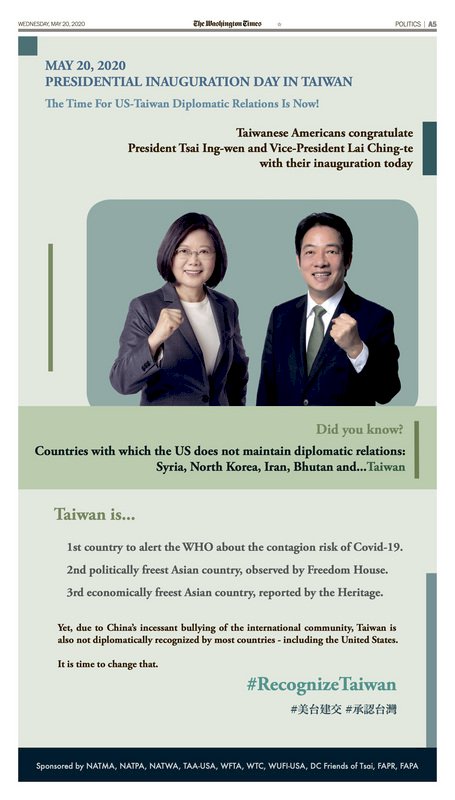 An ad in the Washington Times (Photo courtesy of FAPA)

A group of ten overseas Taiwanese communities has printed an ad in the Washington Times calling on the US government to establish diplomatic ties with Taiwan.

The ad says that Taiwan is one of just five countries with which the US has no diplomatic ties. It also highlights Taiwan’s early warning to the WHO about COVID-19 and the high levels of political and economic freedom Taiwan enjoys, as measured by think tanks. It says the time has come to change Taiwan’s limited international recognition due to Chinese pressure.

Washington based lobby group Formosan Association for Public Affairs is one of the groups behind the ad. It says it has witnessed the gradual normalization in Taiwan-US relations over the last four years. The association says that with its contribution to helping the US fight COVID-19, Taiwan has shown that it is a country that warrants diplomatic recognition.    [FULL  STORY]