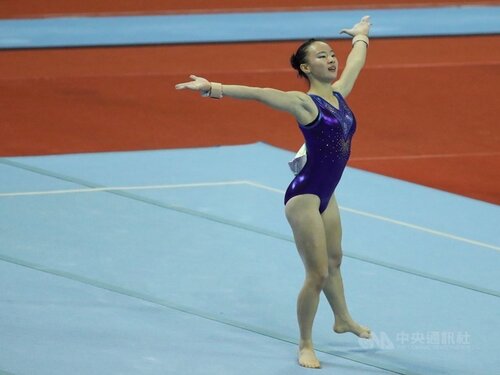 The International Gymnastics Federation (FIG) has officially added the "Ting Hua-Tien," described as a "split leap to ring position with 1/2 (180 degree) turn," to the Code of Points for women's gymnastics, the association said.

The element was assigned a degree of difficulty of D on a scale from A to J, with J ranked the most difficult.

Ting performed the move, which is a modified version of an existing element, in her floor routine at the Artistic Gymnastics World Cup in Melbourne earlier this year.    [FULL  STORY]