UPTICK IN NUMBERS: The Taipei deputy mayor said the city has services to assist new immigrants, but has established an office specifically to help those from Hong Kong 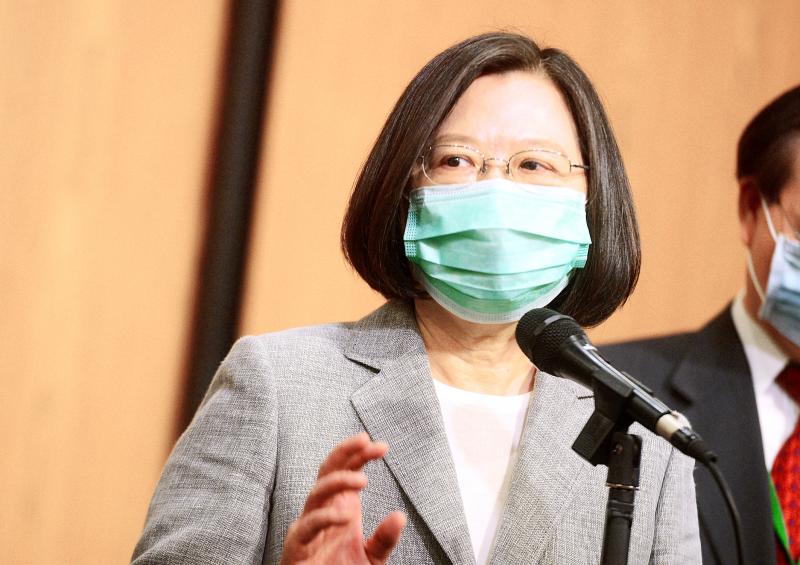 President Tsai Ing-wen yesterday expresses her disappointment regarding China&rsquo;s passage of a national security law for Hong Kong at Chunghwa Telecom Co&rsquo;s news conference in Taipei for the launch of its 5G services.
Photo: CNA

The Taiwan-Hong Kong Services and Exchanges Office today officially opens in Hong Kong, where it is to provide humanitarian assistance to Hong Kongers, after Beijing yesterday passed a controversial national security law for the territory.

President Tsai Ing-wen (蔡英文) expressed dismay over China’s passage of the law, saying that Beijing has broken its pledge to allow Hong Kong to maintain a high degree of autonomy for at least 50 years following its handover from the UK.

“I feel extremely disappointed [about the law’s passage], which means China did not keep its promise to Hong Kong,” Tsai said in Taipei.

Beijing’s “broken promise” also showed that the “one country, two systems” model for Hong Kong and Macau, which the Chinese government has also proposed for Taiwan, is not feasible for the nation, she said.    [FULL  STORY]