.Huang Hua calls on Taiwanese to wake up and establish own country 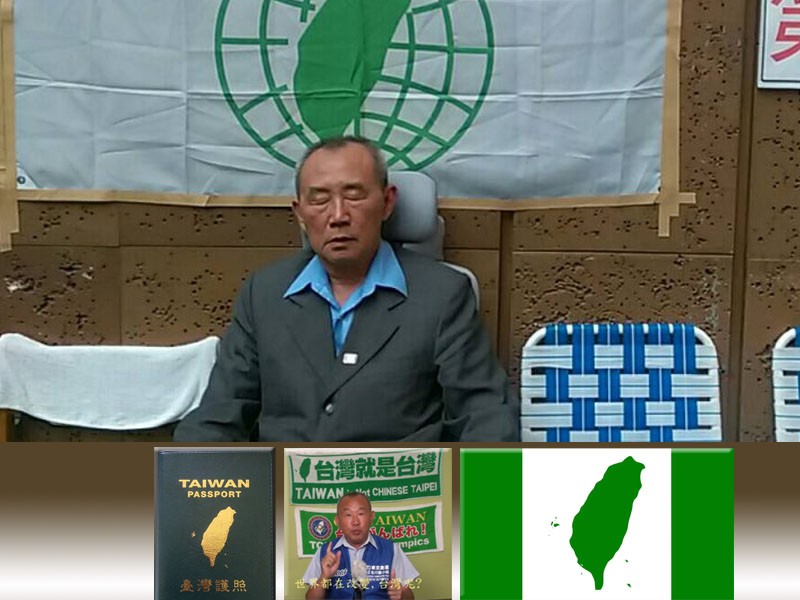 Huang, 80, originally only consumed 1,000 cc of fruit juice, 1,000 cc of milk, and water, but since June 2, he has only drunk water. He started his “Gandhi-style” action on May 19 in the main hall of the Taipei Railway Station.

The activist’s main aim is to give a new impetus to the movement for Taiwan self-determination and for the formation of a Republic of Taiwan. In a book titled “No Other Choice,” Huang wrote how the people of Taiwan had “no other choice” but to endure being citizens of the Qing empire, then the Japanese and the Republic of China. Huang now claims the time has come for the people of Taiwan to rise up against a similar fate and establish their own country.

He has been using a non-violent sustainable method to awaken the Taiwanese and move toward reaching his aim of an independent Taiwan. Huang also hopes that all the small pro-Taiwan political parties and social movements can band together and form a new party that can replace the Kuomintang as the main alternative to the Democratic Progressive Party (DPP).
[FULL  STORY]