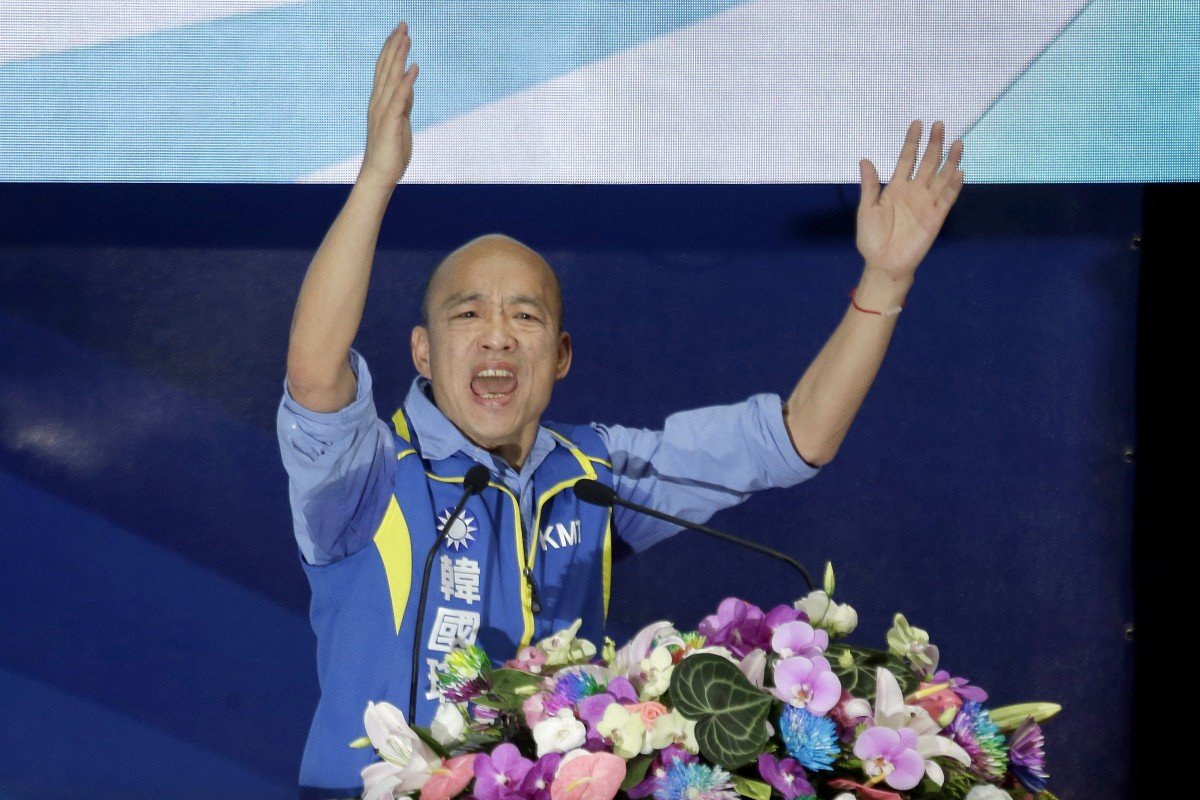 Taiwan&rsquo;s KMT presidential candidate Han Kuo-yu may find the one million Taiwanese businesspeople living and working on the mainland less of an influence than in previous elections. Photo: AP

As Taiwan’s 2020 presidential race approaches, the opposition Kuomintang (KMT) party will be counting on the support of one of its most loyal constituencies – the Taiwanese business community living and working on the mainland. But some analysts believe their influence is a diminishing force in the self-ruled island’s politics.

One of these businessmen, surnamed Lin, who has lived in mainland China for more than a decade, identifies politically as someone who leans blue – the colour associated with the Beijing-friendly KMT – rather than green, which is linked to the independence-leaning Democratic Progressive Party (DPP).

But Lin, who declined to be identified by his full name so he could speak freely, said he was thinking of sitting out next year’s election after his preferred candidate, Taiwanese billionaire tycoon Terry Gou Tai-min, lost out on the KMT nomination in favour of Kaohsiung Mayor Han Kuo-yu

Han will be facing off against current President Tsai Ing-wen who will be seeking a second term on the strength of her stance against pressure from Beijing which claims self-governed Taiwan as its own, to be reunited with the mainland by force if necessary.    [FULL  STORY]