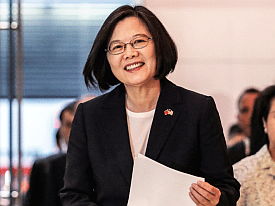 China, but one way of influencing Beijing may be lending diplomatic support to Taiwan.

Since Canada recognized the People’s Republic of China nearly 50 years ago, it has had no official relationship with Taiwan due to the “one China” policy. Officially, Canada “takes note” of China’s claim to Taiwan without endorsing or challenging it.

But strains in the relationship with Xi Jinping’s regime over the arbitrary detention of Canadian citizens Michael Kovrig and Michael Spavor have led to calls for a relaxation of the one China policy.

An opportunity to do that has presented itself at the triennial assembly of the International Civil Aviation Organization, a specialized agency of the United Nations, being held at its Montreal headquarters at the end of September.    [FULL  STORY]