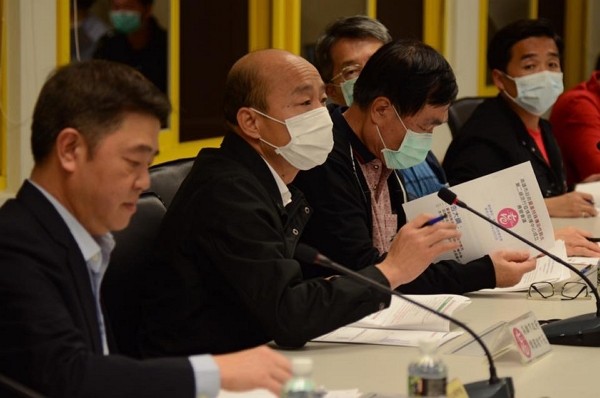 As schools in Taiwan prepare to return to normal operations on Feb. 25, Taiwan government officials have been deliberating on ways to enhance precautions against the virus. In a rare Cabinet appearance, Han advocated that children and medical workers in Kaohsiung be prioritized for surgical mask distribution.

Kolas said that both Premier Su Tseng-chang (蘇貞昌) and Education Minister Pan Wen-chung (潘文忠) promised during the meeting the number of children's masks needed would be evaluated and the central government would help factories speed up mask production. She emphasized that schools need to instruct students to wash their hands regularly and pay attention to their personal hygiene, reported CNA.