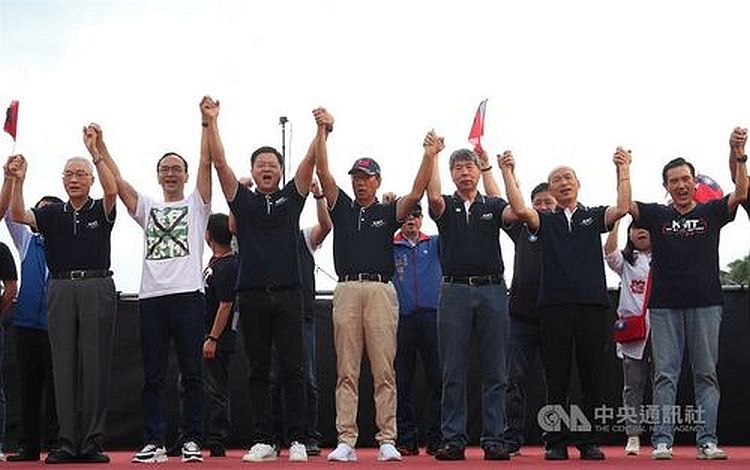 Taipei, July 7 (CNA) All five contenders for the opposition Kuomintang (KMT) nomination in the 2020 presidential election joined thousands in a rally in Taipei Sunday against what they called a significant erosion of voters' rights in recent amendments to the Referendum Act.

The KMT-organized rally was held a day before party public opinion polls to pick its presidential candidate scheduled to kick off nationwide July 8-14, with the results to be released July 15.

In his address, Chu said democracy is the most precious thing for Taiwan.   [FULL  STORY]