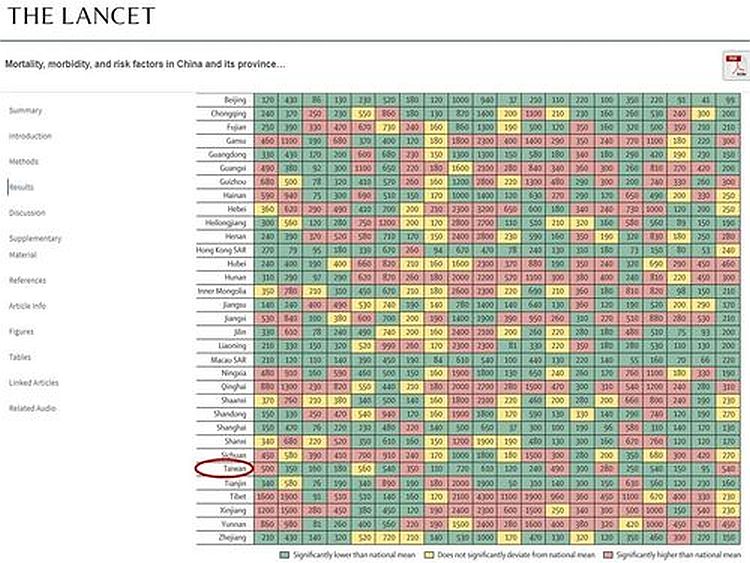 Taipei, July 16 (CNA) Taiwan is not part of China, the nation's health minister said in a letter published by The Lancet on Monday after the world-renowned peer-reviewed medical journal published last month a paper that listed Taiwan as a province of China.

"Taiwan is a sovereign democratic country, not part of any other. This is an undisputed fact," Chen Shih-chung (陳時中) said in the letter published online July 15.

"Our president and parliament are democratically elected. Taiwan takes pride in its democracy. It is not part of China," he continued.

However, in a research paper authored by a Chinese research team published on The Lancet website on June 24, Taiwan was listed as a province of China and included in the tables in the article, Chen noted.    [FULL  STORY]