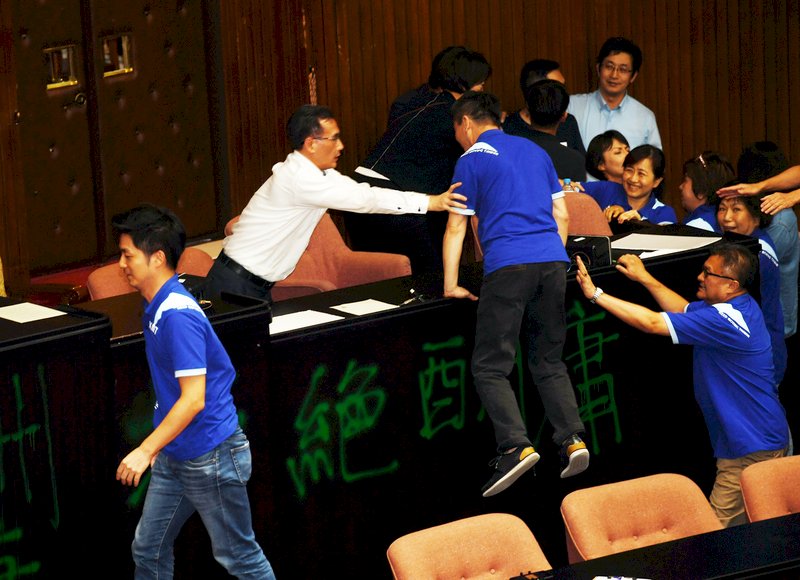 Conflict in the legislature on Monday afternoon (CNA photo)

One of the main goals of the session is to approve nominees for the Examination Yuan, the Control Yuan and the National Communications Commission (NCC).

On Sunday, more than 20 KMT legislators stormed into the legislature, blocking entry to the main chamber with chairs and chains. They were protesting the nomination of former Presidential Office Secretary-General and former Kaohsiung Mayor Chen Chu to head the government’s Control Yuan.

The Control Yuan is the investigative agency that monitors the other four branches of government. It consists of 29 members, who are appointed by the president and approved by the legislature every six years.    [FULL  STORY]