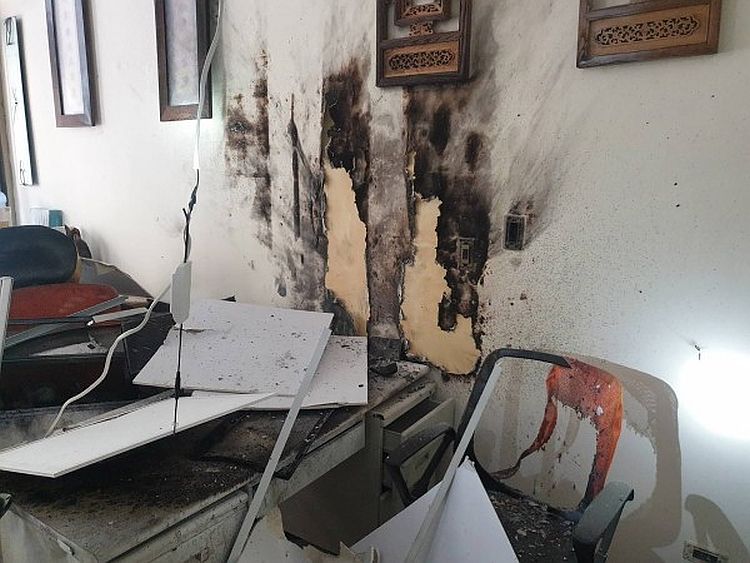 Damage to office from bomb. (By Central News Agency)

TAIPEI (Taiwan News) — After a businessman was badly wounded by an exploding package in Kaohsiung City on Wednesday (May 15), Kaohsiung police today (May 16) announced the arrest of a man and woman suspected to have plotted the bombing after a debt dispute with the victim, reported CNA.

Gushan District Police said that they believe that the male suspect, surnamed Tai (戴), knew the victim surnamed Feng (馮), who was the owner of a design and engineering company. Police found that the two apparently had a debt dispute over an NT$10 million project.

On Tuesday evening (May 14), the female suspect, surnamed Chung (鍾) allegedly drove Tai to the building where Feng’s company was located on Minkang Street. Surveillance footage showed that Tai then got out of the care and placed a package addressed to Feng in front of his office and left the scene.

The company’s accountant spotted the package and brought it into the office at 9 a.m. on Wednesday morning (May 15). At noon that day, Feng was alone in his office when opened the package and it exploded, causing him to suffer extensive injuries.
[FULL  STORY]