RESERVATIONS: The transportation ministry said no similar device exists for motorcycles and a drunk driver could ask a sober person to unlock the device for them 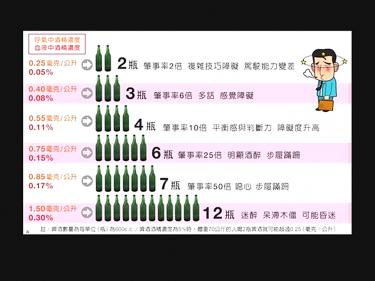 devices to curb drunk-driving recidivism, a source close to the ministry said.

The ministry’s apparent change in stance came after a meeting of the legislature’s Transportation Committee yesterday.

The committee was charged with conducting a preliminary review of proposed amendments to the Road Traffic Management and Penalty Act (道路交通管理處罰條例) ahead of a plenary session today.

Lawmakers could push the amendments through their second and third reading today if negotiations between legislative party caucuses and ministry officials go smoothly.
[FULL  STORY]