Man with BAC 1.2 was alive when pulled from vehicle but died in hospital 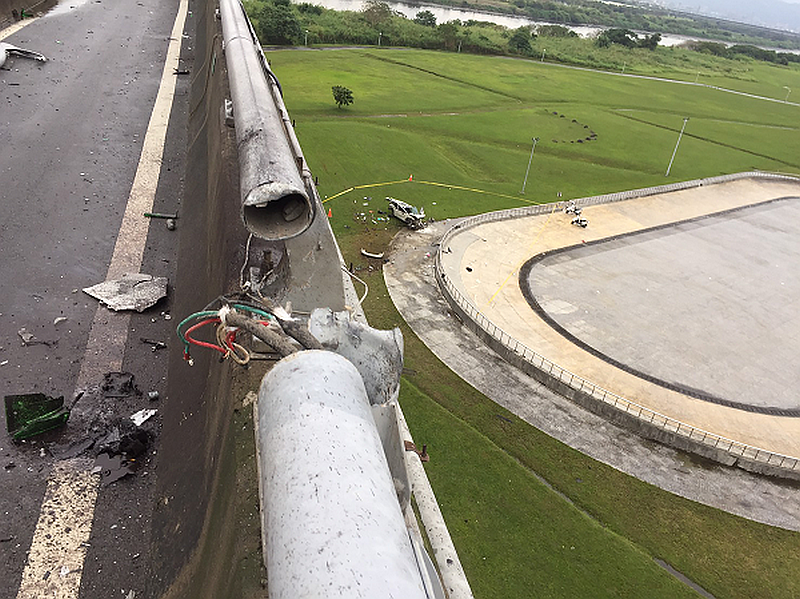 TAIPEI (Taiwan News) – Early in the morning at 6:57 a.m. on Sunday, March 24, a drunk driver on the elevated No. 65 highway in New Taipei City lost control and launched their vehicle over the steel and concrete barrier.

The car flew through the air about 5 stories and 20 meters, violently crashing into the concrete perimeter of a skate rink in a Riverside Park of New Taipei’s Xinzhaung District.

Surprisingly, the driver was pulled from the mangled wreckage breathing and in one piece, but he ultimately died due to trauma sustained in the crash.

The man was a 36 year old barista, and a resident of Taipei City. After being pulled from the crash, he was rushed to the hospital, but declared dead around 8:00 a.m.
[FULL  STORY]