Taiwan wrapped up an annual film festival with an awards ceremony Saturday night, as the 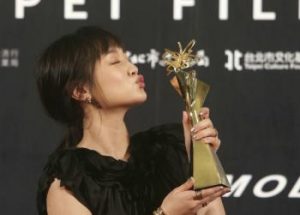 Actors and others lined up for photo shoots with no social distancing, and participants didn't wear masks in historic Zhongshan Hall in Taipei. Taiwan, with a population of about 23 million people, has had 451 confirmed cases and seven deaths.

A baseball game in the city of Taichung on Saturday drew more than 10,000 fans for the first time this season, the official Central News Agency said. Health authorities said last month that fans would be allowed to sit in alternate seats and no longer would have to wear masks, except when leaving their seats. Authorities have been gradually allowing larger crowds since play began in April with no fans.    [FULL  STORY]