Ironman Gustav Iden won his event in France but received international attention for his hat, which name checked a Taiwan temple 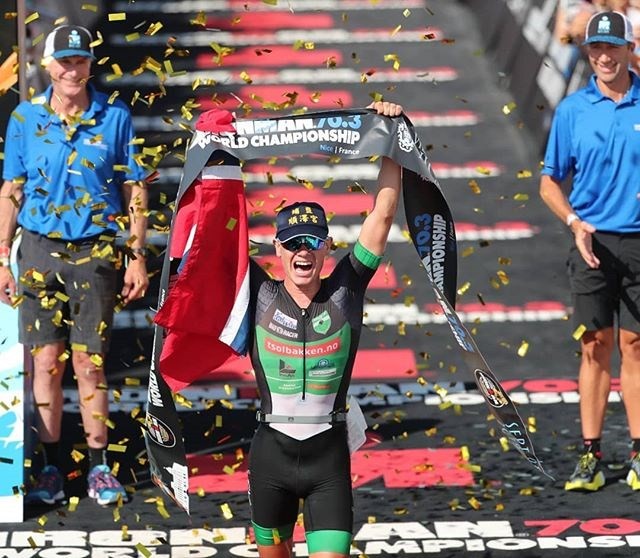 Iden won the Ironman 70.3 World Championship in Nice, France, in 3 hours, 52 minutes and 35 seconds. As he was sprinting towards the finish line, sharp-eyed Taiwanese noticed the hat he wore bore the legend: "Puyan Shunze Temple" (埔鹽順澤宮).

The 300-year-old temple in Puyan Township (埔鹽鄉), Changhua County (彰化縣), honors the god Hsuan Tien Shang Ti. It has a mud statue of the god from when the temple was rebuilt after being destroyed by fire in 1948, the Puyan Township Office website confirms.

According to the CNA report, Iden noticed the hat lying on the ground when he took part in an Ironman competition in Tokyo. He picked it up, and took good care of it in the hope it would bring him luck – which it did, as he won the event in Nice, France.    [FULL  STORY]