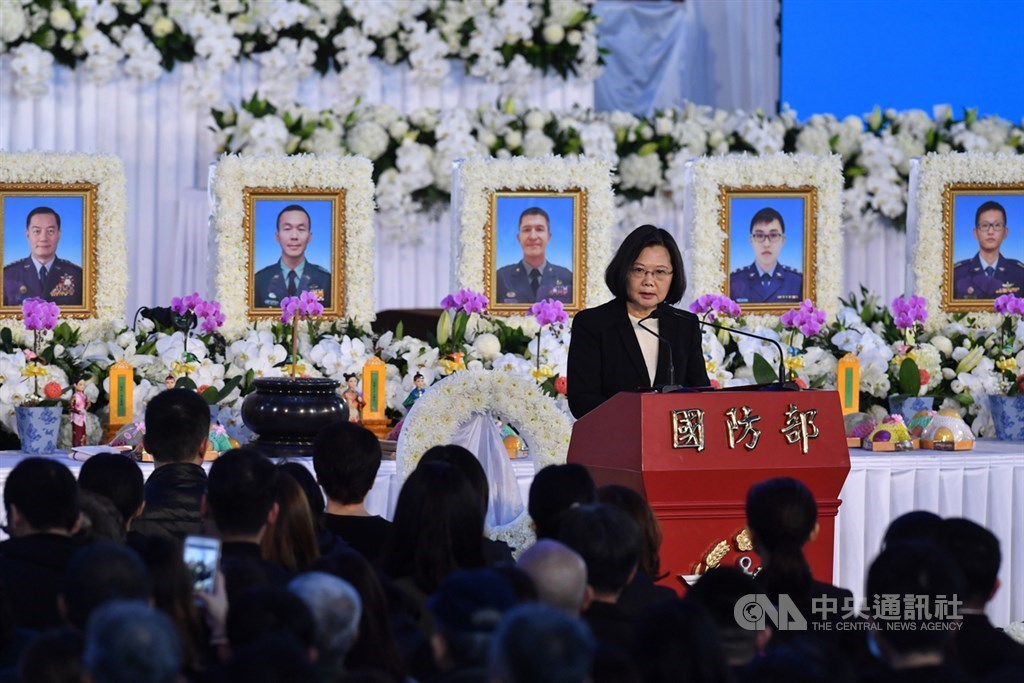 At the ceremony, held at the Songshan Air Force Base in Taipei, Tsai announced posthumous promotions for the eight military officers, whose coffins were covered with the Republic of China national flag.

"Thank you for your sacrifice, mission accomplished. The country will miss you and remember your contributions," Tsai said.

She also announced that the government has approved three benefit packages for soldiers actively pushed for by Shen — additional pay for paratroopers, higher bonuses for Air Force pilots, and professional allowances for sergeants.    [FULL  STYORY]