Taipei, July 10 (CNA) The average regular wage in Taiwan rose 2.40 percent in May from a year earlier, 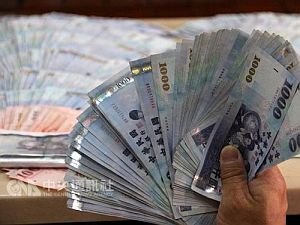 The average regular wage in May was NT$41,865 (US$1,373), up 2.40 percent year-on-year and exceeding 2 percent growth for the third consecutive month, according to the data.

The monthly growth in average regular wages was 0.27 percent, the data released by the Directorate General of Budget, Accounting and Statistics (DGBAS) showed.

Meanwhile, the average earned income, which includes regular salary plus bonuses, overtime pay and other irregular income, rose 3.48 percent in May from a year earlier to NT$49,815, the DGBAS said.    [FULL  STORY]