MISLEADING: Five of Taiwan’s allies signed a communique last month, but not at the summit mentioned by Deutsche Welle’s Chinese Web site, a ministry spokesman said

Relations between Taiwan and its Pacific allies are “steady,” Ministry of Foreign Affairs 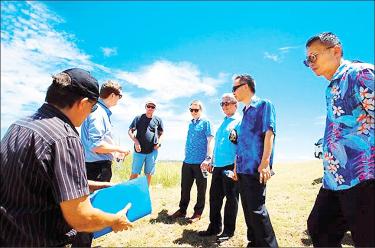 (MOFA) spokesman Andrew Lee (李憲章) said yesterday in response to a Deutsche Welle report suggesting that relations might be faltering.

The Deutsche Welle’s Chinese-language Web site in a report on Tuesday cited Radio New Zealand as saying that at last month’s Pacific Islands Forum, the presidents of five nations — including Palau, the Marshall Islands, Nauru and Kiribati — signed a joint communique to ask the forum to treat Taiwan and China equally, but also agreed to show more goodwill toward China.

The Web site quoted RAND Corp senior defense analyst Derek Grossman as saying that the joint communique was signed by “all six of Taiwan’s diplomatic allies in the South Pacific.”