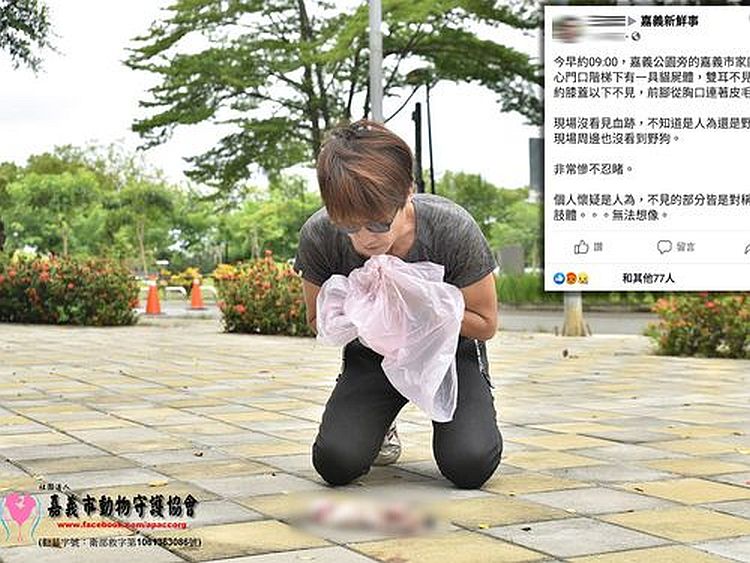 Photo courtesy of the Animal Protection Association of Chiayi City

Taipei, July 13 (CNA) A brutal killing of a kitten in Chiayi City in southern Taiwan has raised a public outcry, with a local NGO urging members of the public to help catch the killer.

The body of a kitten was discarded in front of the Family Education Center in broad daylight on July 11 with all of its legs amputated, ears cut and brain tissue removed, according to the Animal Protection Association of Chiayi City.

According to a veterinarian, the cat's mutilation could only have been done by a human being, association chairman Wu Yu-tsai (吳育才) told CNA on Saturday.

"The killing and the way the body was left appears to be a provocation," Wu said, adding that the association is asking people who were in the area in the eastern part of the city between 8 a.m.- 9 a.m. on July 11 to contact them if they saw anything suspicious.    [FULL  STORY]