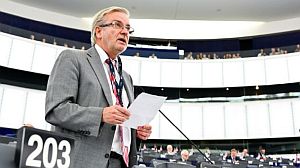 reformed Taiwan Friendship Group, said, “Taiwan urgently needs our support. It is in dire need of this.”

The MEP’s comments come amid criticism of China’s policy towards Taiwan, which has been compared to the arrangement for the return of the former British colony of Hong Kong to Chinese rule in 1997.

Hong Kong has been hit by months of anti-government protests triggered by widespread resentment of what many city residents see as relentless efforts by Beijing to exert control over their city despite promises of autonomy.

China has proposed that Taiwan be brought under Chinese rule under a similar arrangement, but Gahler believes Beijing’s policies towards the island were a danger to regional stability.
[FULL  STORY]