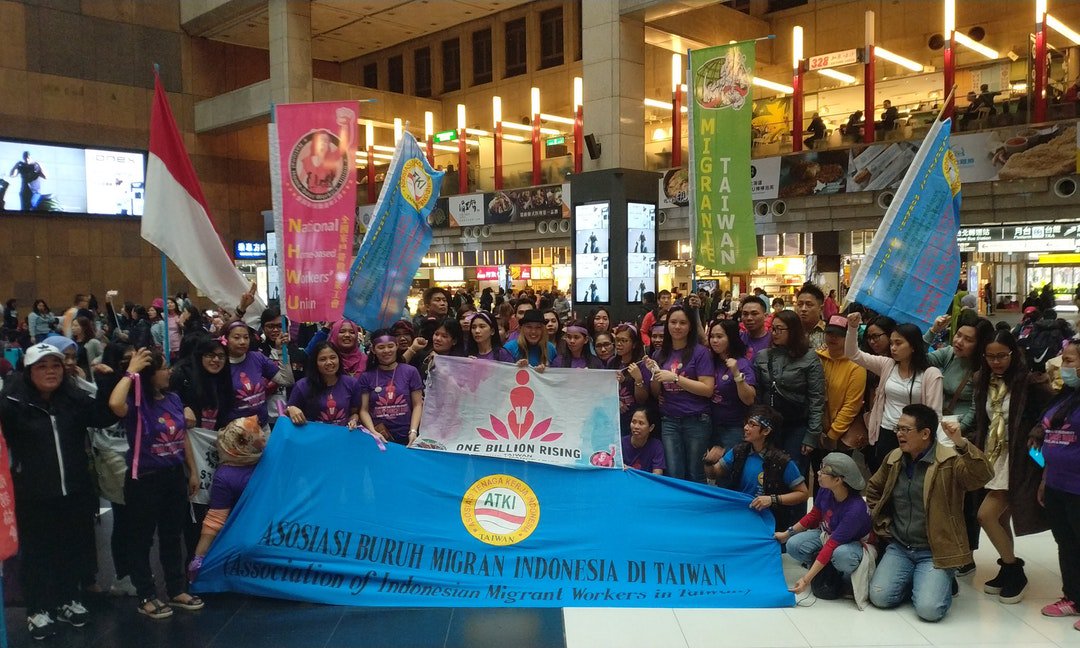 Migrant workers from the Philippines and Indonesia demonstrated on Sunday in Taipei Main Station to protest violence against women and poor work conditions, reprising an event held annually at Taipei’s largest transport hub.

The event, held in solidarity with the global “One Billion Rising” movement to end sexual violence against women, drew attention from passing commuters and diners overlooking from the station’s second floor. The workers portrayed the treatment of a female caregiver in Taiwan, simulating a woman being mistreated by her broker, then beaten and raped by her employer. The demonstrators then danced in unison and repeated slogans of defiance, chanting: “We are workers! We are not slaves!”

Speakers at this year’s event frequently referenced recent controversial remarks made by Kaohsiung Mayor Han Kuo-yu (韓國瑜), who referred to Filipino teachers as “Marias,” a derogatory term used to refer to Southeast Asians. “We are hurt and deeply offended by Han,” said Gilda Banugan, chairperson of Migrante International’s Taiwan chapter. “I hope that this kind of racism will end.”