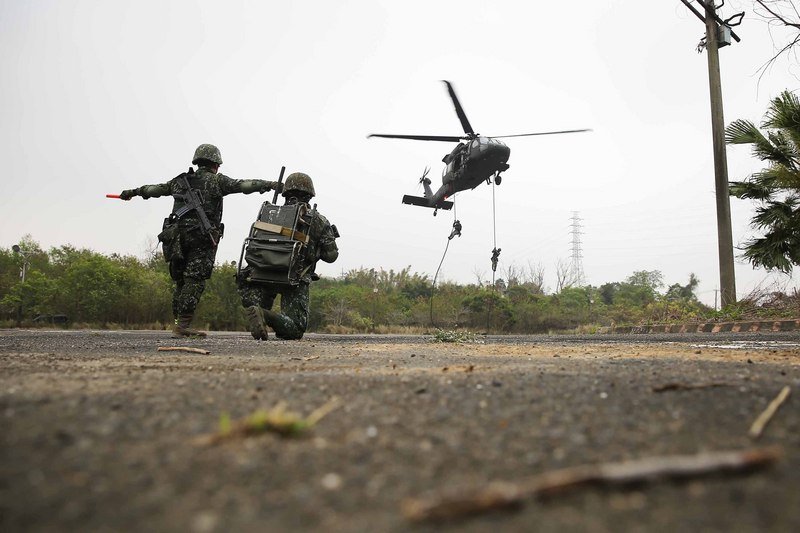 An annual marching drill held by the army’s Aviation and Special Forces Command is under way. In previous years, the exercise has been held in mountainous areas, but this year, the focus is on coastal areas. The goal of this change is to bolster soldiers’ combat capabilities in different environments.

A helicopter launches an attack. The response is quick. From another helicopter, soldiers rappel down to the ground to give support and cover to comrades hidden in a nearby building.

It’s a just a drill, but it’s an important one. The goal is to strengthen the army’s attack and defense capabilities in coastal towns.    [FULL  STORY]