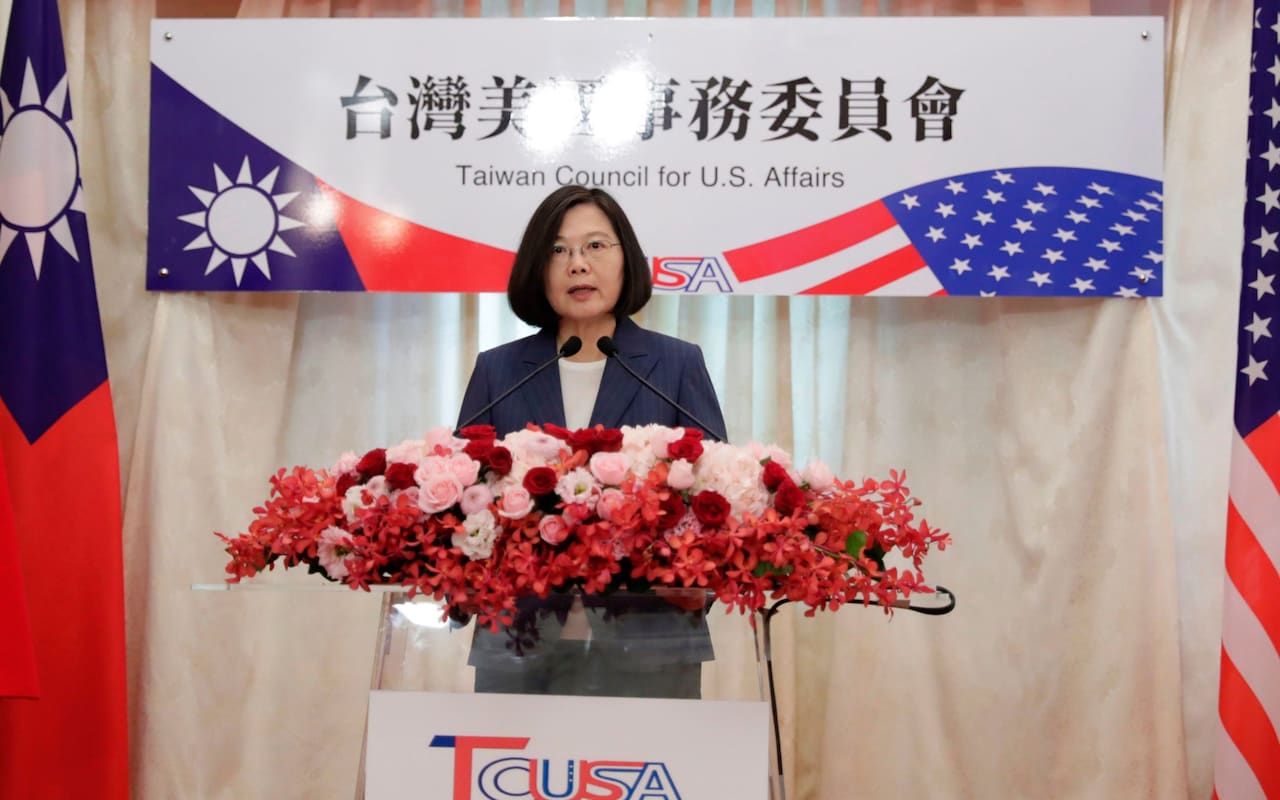 President Tsai Ing-wen will transit the US twice this month CREDIT: RITCHIE B TONGO/REX

Alow-key stopover by a national leader in New York would normally barely stir a headline, but plans by Tsai Ing-wen, the Taiwanese President, to transit in the US this week have already provoked a “stern” rebuke from China.

Beijing claims sovereignty over self-ruled Taiwan, denying its right to form formal relations with other states. But Ms Tsai is likely to shrug off Chinese objections with her stopover diplomacy that is likely to boost her image internationally and play well at home in a crucial election year.

The short visit en route to diplomatic allies in the Caribbean caps a bumper couple of months for Ms Tsai whose poll numbers have jumped over her outspoken support of Hong Kong protesters fighting against a controversial extradition bill and Beijing’s steady erosion of their freedoms.

Nowhere has been gripped by the events unfolding in Hong Kong more than the nearby democracy of Taiwan, where many of its 23.5 million citizens see an unnerving forecast of their own future if China follows through on its threats to annex the island, by force if necessary.
[FULL  STORY]