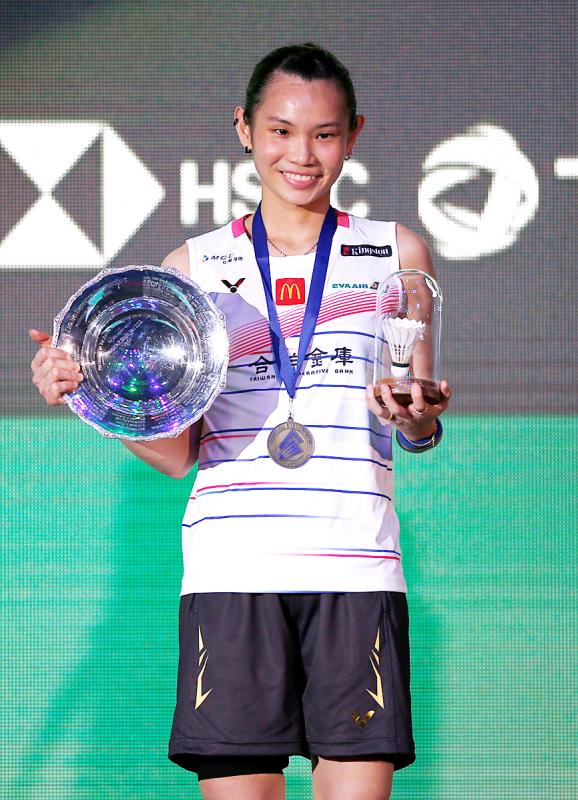 The Badminton World Federation (BWF) hailed Taiwan’s Tai Tzu-ying after her win at the All England Open Badminton Championships with a video montage on Facebook as the shuttler began 14 days of self-quarantine on her return to Taiwan.

The BWF Facebook group released the video on Friday, saying: “She is terrific, she is tenacious, she is the queen. All hail Queen Tai,” lauding her third All England title after her 21-19, 21-15 victory over top seed and then-world No. 1 Chen Yufei of China in in Birmingham on Sunday.

Tai on Wednesday posted a photograph of herself onboard an EVA Airways flight to Taiwan wearing a mask and saying how nice it was to return to the place she is familiar with.

“Everyone is wearing a mask and treating each other politely,” she wrote.

Tai said that airport personnel were surprised that she was returning from Europe and asked if she knew about the quarantine rules.

Tai wrote that she told the airport staff she was aware of the rules. She had displayed care during the competition, insisting that she and reporters wear masks during interviews, and that microphones be sterilized regularly.    [FULL  STORY]