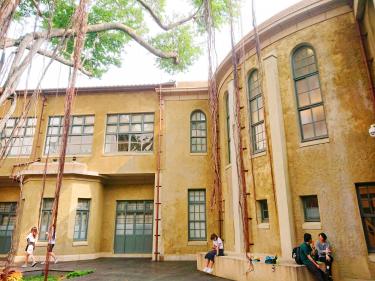 Huang made the remarks on Friday in response to public discussion on whether Building 1 of the museum could be made available for other weddings, following news that the wedding ceremony between Taiwanese actress and model Lin Chi-ling (林志玲) and Japanese actor Ryohei Kurosawa (better known by his stage name Akira), would be held at the museum on Nov. 17.

Huang said that the couple is only holding the ceremony itself at the building and not the banquet afterward — one of the major reasons the city government approved the request.

“Lin’s wedding at the museum is the first of its kind, but it should not be the last,” he said, adding that the city government is amenable to approving future requests, provided that there are no conflicts with exhibit scheduling.    [FULL  STORY]