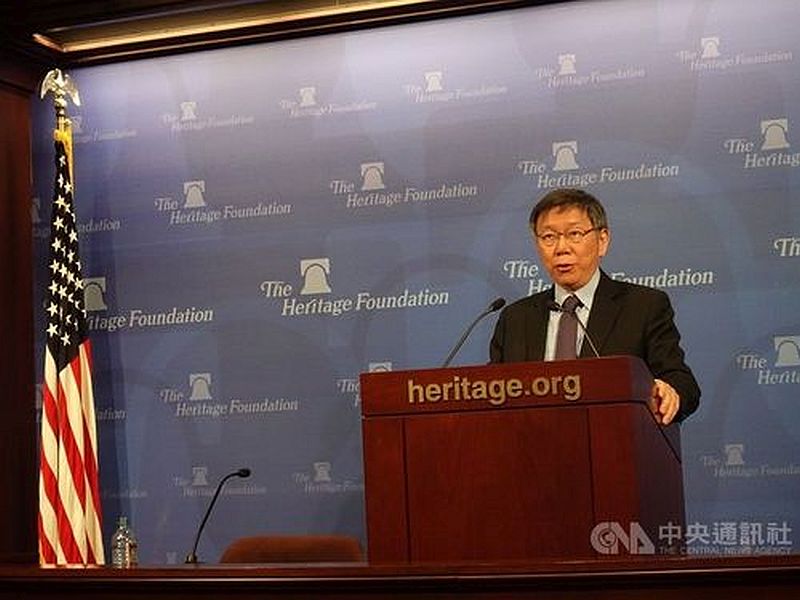 Washington, March 20 (CNA) Visiting Taipei Mayor Ko Wen-je (柯文哲) gave a speech at the Heritage Foundation Wednesday in which he shared his views on how Taiwan should deal with its relations with China.

However, the biggest problem between Taiwan and China now is the lack of mutual trust between the two sides, Ko contended.

The opposition Kuomintang (KMT) has insisted on dealing with China based on the so-called “1992 consensus,” which it defines as both sides recognizing there is only one China but having the freedom to interpret what “one China” means, he said.
[FULL  STORY]