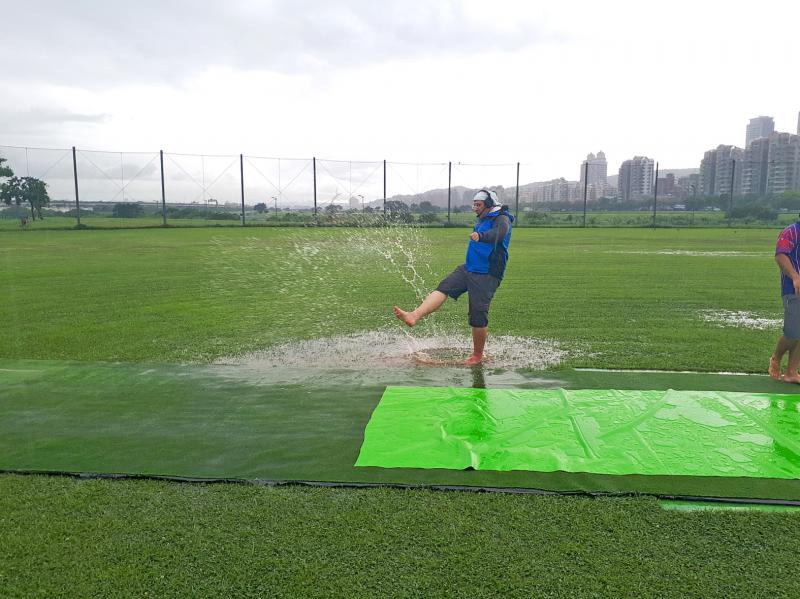 Cameraman Michael Geier kicks water from a puddle beside the covers on the pitch at the Yingfeng Cricket Ground after rain stopped play at the Taipei T10 Tournament yesterday.
Photo: Grant Dexter, Taipei Times

The semi-finals of the Taipei T10 Cricket Tournament are scheduled for today at the Yingfeng Cricket Ground after rain halted play halfway through yesterday’s matches.

The TCA Indians reached semi-final 1, where PCCT United await, via a qualifier against the FCC Formosans, with TCA and FCC the top teams from group play.

Sadique Anwar’s 3-15 lifted him near the top of the wicket-takers’ column with eight so far in the tournament and helped restrict TCA to 90-6, with Murugan Subramani hitting 32.

However, the Formosans fell to a four-run loss as captain Manoj Kriplani (0-7) tied down the batsmen with two miserly overs.    [FULL  STORY]